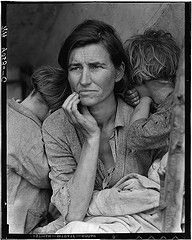 Nicole M. Foss, Energy Consultant and Financial Blogger, will present “A Century of Challenges” at the Cook Memorial Library on Tuesday, May 18th at 7 pm

Peak Oil and the collapse of global Ponzi finance are a “perfect storm” of converging phenomena that threaten to sink our age of prosperity through wealth destruction, social discontent, and global conflict. The consequences for unprepared individuals and families could be dire.

So believes Nicole M. Foss, an energy industry consultant and financial analyst from Ontario, Canada, who will be presenting “A Century of Challenges” at the Cook Memorial Library on the evening of May 18th at 7 pm.
In addition to her work in the energy industry, Foss blogs under the name “Stoneleigh” at the website The Automatic Earth (www.theautomaticearth.blogspot.com). She plans to discuss the many converging factors that are contributing to the multifaceted predicament we face today, and how individuals can build a “lifeboat” to cope with the difficult years ahead.

At her presentation, which will be free and open to the public, Foss will describe how our current financial system is an unsustainable credit bubble grounded in “Ponzi dynamics,” or the logic of the pyramid scheme. She warns that most people are woefully unprepared to face the consequences of the devastating deflation that is now unfolding.

What makes this crisis different from past financial calamities? Foss argues that this one has developed in the context of the fossil fuel age, which will prove to be a relatively brief period of human history. We have already seen oil reach a global production peak, and other fossil fuels are not far behind, she says. While there is still plenty of fossil fuel in the ground, production will fall, meaning that there will be less and less energy available to power the economy. Foss predicts that the era of cheap and abundant fossil energy will come to an end in this century, with consequences as profound for modern civilization as those that were faced during the end of the Roman Empire. It is therefore critical that individuals and families take control of their own destinies and begin to prepare for “A Century of Challenges.”

In addition to co-editing The Automatic Earth, Foss runs the Agri-Energy Producers’ Association of Ontario, where she has focused on farm-based bio-gas projects and grid connections for renewable energy. While living in the UK she was a Research Fellow at the Oxford Institute for Energy Studies, where she specialized in nuclear safety in Eastern Europe and the Former Soviet Union, and conducted research into electricity policy at the EU level.