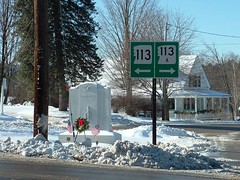 From Boston and other points south, take I 95 north to Spaulding Turnpike, “Lakes and Mountains”, which turns into Rte 16 North. In West Ossipee, turn left on Route 25 west. Several miles down 25, take a right on Route 113 to Tamworth Village. At the crossroads next to the UUI church on the left, where Route 113 goes right toward Chocorua, turn left on to the Main Street of Tamworth Village. The library is on the left 300 yards down, across the street from Barnstormers Theatre.

From north and east, take Route 16 South from Conway to Chocorua Village and go right on Route 113 West. Go straight through the crossroads in Tamworth to the Main Street. The library is on the left across from the Barnstormers Theatre. 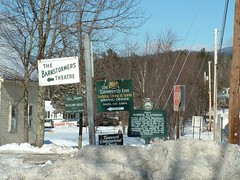 One thought on “Directions”